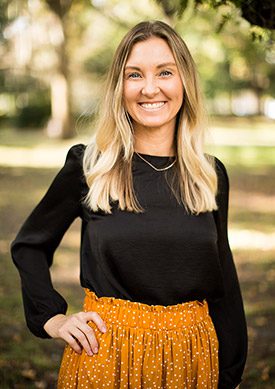 McCoy is a Family Nurse Practitioner that obtained her MSN degree at Armstrong Atlantic University in Savannah, GA in 2016. Previous to this, she was an RN of 12 years in various areas of the hospital setting primarily in critical care. Two of those years, she was a travel nurse in California. For many years she has realized that the key to optimal health is getting to the root cause. This idea led her to begin the certification process in functional medicine from The School of Applied Functional Medicine which she started in 2020. Ksena is married with two boys. When she is not working she is spending time with her family exploring nature by camping, playing sports, sitting by a fire, going to the mountains/beach, and tending to the garden or house plants.

“When I got married at the age of 30, I realized that I was getting older from the conventional perspective as far as having children. But, I was not highly concerned as I was very active, ate well (I thought), and had not known underlying conditions to prevent pregnancy. At age 31 my husband and I began trying to get pregnant and ultimately we were referred to a Reproductive Endocrinologist. After three years on the emotional roller coaster, more injections, blood draws, and tests than I can count, and several procedures, we were finally pregnant with my oldest son. Throughout these years on our infertility journey, I searched many websites, read blogs, and attempted to find the root cause and to heal my body so that I could become pregnant naturally. With each natural healing suggestion, I provided to my conventional practitioners I was basically told there was nothing I could do except medications and procedures. I had a healthy baby boy via FET (frozen embryo transfer). Two years later I had a natural conception pregnancy that ended in miscarriage. At this point, I was devastated with the treatments of the conventional world and sought out to determine how I could make my body get pregnant and maintain a natural pregnancy. Within two months of my miscarriage, I was pregnant with my now 5-year-old second boy. I have a condition called estrogen dominance that I am convinced led to my years of infertility. I now have a passion that no one will ever have to travel down the path of not having your health concerns not being heard or told your infertility is unexplained.”